Since we are hosting an EVENING PRESENTATION with Dr IAN GAWLER on 15th July here in Coffs – part of his tour of NSW and QLD – here are a few words on Ian, his teaching and work. 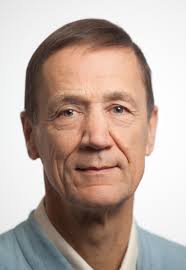 Dr Gawler is a prolific writer.

From soon after his ‘remarkable’ or ‘miraculous’ recovery from widespread bone cancer, osteosarcoma, in about 1980, he has been writing. Then he wrote numerous essays and reports on his experience, for journalists and media and others. In 1984 he published his first book “You Can Conquer Cancer” which has been reprinted I don’t know how many times (many) and also printed in many languages. In all now, he has written 6 or 7 books on healing, meditation and the creative power of our minds.

And he has been constantly writing blogs, newsletters and articles for journals and books of all kinds.

Ian has a chapter in a new book released last month: “HOW TO STAY HEALTHY, ACTIVE & SHARP in retirement”, edited and published by Paul and Julianne McKeon of Coffs Harbour. 17 information-packed chapters by 15 authors / “experts”.  Ian’s chapter is titled “Meditation and deep natural peace”.
[I also got to contribute a chapter on “The mind-body connection” – part of which is included in previous blogs here]

In his chapter Ian Gawler summarizes his ideas on a sound, practical approach to meditation for maximum health benefits; something he terms Mindfulness-based stillness meditation. It is a mammoth task, but he does it in his inimitable, excellent style – that is, to summarize the 300 or so pages of his 2010 book “Meditation; an In-Depth Guide” (co-authored with Paul Bedson) into the 15 pages of this chapter.

I won’t be guilty of trying to summarize it even further here, but will leave you with one quote of a few sentences:

“Many people are coming to realize that on a personal level, the most useful, the most practical, and the most effective thing that we can do for our own health, for healing and our wellbeing, is to meditate.

Modern research demonstrates a vast array of physical and psychological benefits that accompany the regular practice of meditation. Ancient traditions, including all the great religions, have the practical experience that demonstrates meditation’s rightful place at the heart of the spiritual path.

People these days often know why they need to meditate, but many questions follow: How do we meditate? How do we get started? How do we develop our practice of meditation? How often do we need to do it? When do we do it? Where? Can it be harmful? How do we deepen our practice? Will it help us to heal? Will it lead to enlightenment? How do we know if and when we are doing it right?”

He addresses these questions in this chapter of Paul and Julianne’s book. He also plans to address them, in a practical way, in his evening workshop in Coffs Harbour on 15th July.

Ian tells me that he wants the evening to be an ‘experience’, to be practical and to convey as much experience of the feel and flavour of meditation and mindfulness as can be done in such an evening. Of course, if you know Ian Gawler, you will know that his presentation will also be chock-full of data and scientific information on why ‘Lifestyle Medicine’ and our minds are so powerful for healing.

Have you ever heard Ian talk about how he came to his career of running retreats and workshops and building the Gawler Foundation? In the early 1980s he was finally clear of his wide-spread metastatic bone cancer, minus one leg, but otherwise alive and well. During those several years of being very ill, often more-or-less at death’s door, he had been declared “terminal” by each specialist who examined him. He had been given the “two weeks to live” or “four weeks to live” message several times, as was the style of cancer specialists in that era.

After his recovery it was clear to Ian that the recovery was entirely due to a combination of things that he did, with the help of his then-wife Gayle. These things were (1) meditation practice, in large doses (2) a quite intensive ‘healing food’ program (3) maintaining a positive, open-minded, hopeful attitude (4) possibly several other natural and spiritually-based therapies. In other words, self-initiated healing using the power of his mind and determination.

Sometime after his recovery he returned to his former profession, practising veterinarian. Previously he had enjoyed working with large animals. Now with only one leg, he found it more suitable to concentrate upon smaller animals.

Then an interesting phenomena began to occur. Someone would book in, and present to his practice with their cat or dog. The animal’s ailment would be minor and Ian would be wondering why they had come at all. Then the pet owner would speak up and say: “Mr Gawler, my husband has serious prostate cancer and doctors can’t do anything for him. Could you tell me how you cured yourself. Or could he talk to you?”
So Ian would tell his story to the lady. Perhaps he would meet the husband.

Then the same thing happened again, and again. A young adult asking for help with their aged parent. A husband for their wife. Eventually Ian realized that he was spending as much time talking to people about their own, or their family’s health as he was looking after animals. He came to the conclusion that it might be more effective to tell his story, and his insights to a room full of 12 or 20 people, than tell it over and over to individuals while their cat or dog lay on the examining table!

And 30 years later, here we are. The way he tells his story, and presents his insights on HEALTH, HEALING & WELLBEING, has grown and developed over the three decades from that time. It has developed through working with tens of thousands of people in Gawler Foundation residential programs, support groups, one-to-one consultations and public lectures to packed auditoriums. It has developed through meeting the best medical and scientific minds in this field, here and around the world. Over the years that I worked with Ian Gawler (1980s till about 1991) Ian brought many international experts to Australia to speak and teach at his centre and at public and professional seminars.

In Coffs Harbour, 15th July 2014, he will present an ever-new reworking of this fascinating and vital information at the Cavanbah Centre, to 50 people, 100, or 150 people. It doesn’t really matter – the people who need to be there, who need the boost and inspiration right now, will no doubt be there.

We look forward to seeing you if you are one of them. More information on the evening workshop with Dr Gawler is on our website: www.mcraehealth.com.au . Pre-booking is available online  &  also over-the-counter  at the Professional Centre, 9 Park Ave, Coffs Harbour.