McRae Health is the vehicle for my professional, health consulting and educational work. Foremost is short courses and ongoing classes in ‘Meditation for Health’. Other areas of service are health consulting, speaking and writing on person-centred, self-help, wholistic health, including stress management.

Meditation for Health means assisting you to learn to meditate and supporting your practice, in such a way that:

1. You get the most health-enhancing, stress reducing benefits from meditation,

2. You find learning to be simple and immediately practical, without unnecessary dogma, philosophies or beliefs — those things may be fine and valuable but are not part of my courses.

BIOGRAPHICAL NOTES: the following is a short, bare-bones summary of my relevant experiences and professional development —

Early 1970s: In my late teens & early twenties I took to meditation both from reading books and living in a Sivananda yoga centre in Auckland, NZ. Received a Diploma in Yoga Teaching.

1970s: Completed a BSc (Hons) in biological / medical sciences at University of Melbourne, and concurrently obtained a Diploma of Naturopathy from Southern School of Natural Therapies.

1981 – ’84: Living in the USA, I was a constant visitor, and sometime resident at the Yoga Society of San Francisco a centre established by Doctor Sri Ramamurti Mishra. Dr Mishra was a highly accomplished medical doctor and surgeon, and equally a master yogi and author on meditation. Dr Mishra was a pioneer in integrating medical and scientific knowledge with ancient, eastern wisdom on the mind and healing. It was a privilege and great learning to sit in Dr Mishra’s morning and evening discourses and meditation sessions, and have personal time with him.

1984 & ’85: Thirteen fascinating months travelling India, from the far south to areas of the Himalayan foothills. Studied and trained at several meditation centres, from Buddhist Vipassana practice to Vedic & yogic studies. Also found myself unexpectedly teaching at one of the best known, most established Yoga / Meditation centres in India (Sivananda Ashram, Rishikesh).

1985 – 1990: Worked with Dr Ian Gawler (author of You Can Conquer Cancer). At that time, some few years after his remarkable recovery from widespread, metastatic bone cancer, Ian Gawler had founded the Australian Cancer patients Foundation, and was running very busy support group programs in Melbourne. A cornerstone of his program has always been meditation, since intensive meditation played an enormous part in his own recovery. I became a full-time meditation instructor with the support groups, and provided one-on-one consulting with many of the patients who came to the centres. Assisting patients with pain management through meditative techniques became one of my specialities. I was highly involved with helping Ian and Grace Gawler establish the now-well-known Gawler Foundation residential wellbeing programs in the Yarra Valley of Victoria.

1988: Spent five months as volunteer worker and trainee at Dr Jerry Jampolsky’s Centre for Attitudinal Healing, in Tiburon California. The centre was a leading AIDs support program at that time.

1991 – ’96: Moved from the Gawler Foundation to establishing The Life Enhancement Program, with a group of General Practitioners headed by Dr Richard Hetzel, at the Whole Health Clinic in Fairfield, Melbourne. Funded by Commonwealth Government grants, we provided low-cost support groups and holistic health education for people with a wide range of chronic and life-challenging illnesses. I was coordinator and chief meditation instructor in the program.

Mid-1990s: Engaged in some teaching to medical students at Monash University. Dr Craig Hassed and Dr Steven Sommer, both lecturers in the school of General Practice, brought me in to run workshops with students on mind / body medicine, meditation and related topics.

1994: Published a book, a mini-book, The Essential Meditation Guide

The Essential Meditation Guide (pub. Hill of Content). Written with co-author Dean Frenkel, the small book contains 10 practical, simple meditation exercises. The book was blessed with two forwards, by Dr Patch Adams and Dr Ian Gawler. Now out of print, some copies are still available from this author.

1997 & ’98: Studied and obtained a Graduate Diploma in Counselling and Human Services, in the Graduate School of Education at La Trobe University, Melbourne.

1999 – 2012: Worked in community-based mental health services in Melbourne and Geelong, only doing occasional meditation classes for groups of carers or patients in those programs.

2013 – ’17: Conducted ‘Meditation for Health’ classes and Introductory courses at The Professional Centre in central Coffs Harbour.

2014 – ’16: In-house training in stress management and ‘Meditation for health’ at a number of local organisations.

September 2016: Self published Freedom from stress and anxiety, a 144 page book.

August 2017: Relocated to Victoria with services, public speaking etc to be offered in Melbourne, Bendigo and other locations in the region.

August 2018: Gave a presentation at Bendigo Writers Festival on my 2016 book, Freedom from stress and anxiety. 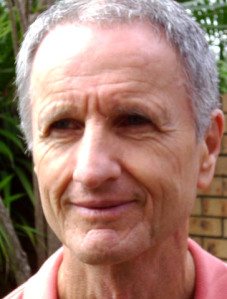